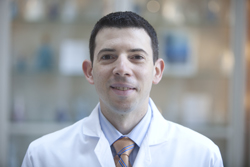 Leroy Sievers was a journalist who traveled the world covering wars, invasions and other conflicts. In 2005, he began a battle of his own against colon cancer. A producer for ABC’s Nightline, Leroy was a gifted communicator. During his illness he appeared in a Discovery Channel documentary with Ted Koppel and wrote a blog for National Public Radio called “My Cancer” - a project Leroy called the most meaningful of his career.

Laurie Singer, Leroy’s wife and caretaker, saw first hand how much the blog empowered Leroy and how intimately it connected him to the worldwide cancer community.