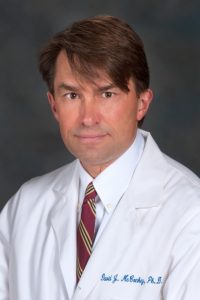 A new immunotherapy drug -- the first in its class -- was approved by the Food and Drug Administration last week for bladder cancer. We asked David McConkey, Ph.D., director of the Johns Hopkins Greenberg Bladder Cancer Institute, to explain the significance of this milestone:

"The approval of atezolizumab is arguably the most transformative thing that has happened in our field since the development of cisplatin-based combination chemotherapy over three decades ago.  (In fact, the transformation actually started with the first high profile reports of major clinical activity almost two years ago.)   We had no targeted agents and nothing meaningful to offer patients who had progressed after cisplatin-based therapy.   Investigators and their industrial partners are now developing and/or performing trials with these agents in every disease state.  An important question is whether combinations of atezolizumab and other immune-active agents will produce even greater clinical activity. There is also a pressing need to develop better biomarker-based clinical tools to identify the patients who will obtain the most benefit from these drugs.

The recognition that atezolizumab and other immune checkpoint inhibitors are clinically active has also had a strong beneficial side-effect by rekindling industrial interest in developing other targeted agents in bladder cancer.  For example, we are seeing renewed interest in developing FGFR inhibitors for patients whose tumors contain activating FGFR3 mutations.  These mutations are found in a significant fraction of muscle-invasive cancers (15-20%) and the majority (almost 80%) of non-muscle invasive cancers.  Importantly, the published data from the Phase II atezolizumab trial (Rosenberg et al, Lancet 2016) suggested that the patients whose tumors belonged to the subset of tumors that is enriched with these mutations (“papillary,” TCGA cluster I)  also obtained the least benefit from immune checkpoint blockade.  Therefore, FGFR inhibitors could prove to be active in patients whose tumors are resistant to atezolizumab.  There are a lot of other attractive candidate biological targets in bladder cancers, so hopefully this interest in checkpoint blockade will translate into a strong interest in developing better therapies for bladder cancer overall."

What do you think of this new drug approval?