The State of the Bladder Cancer Battle 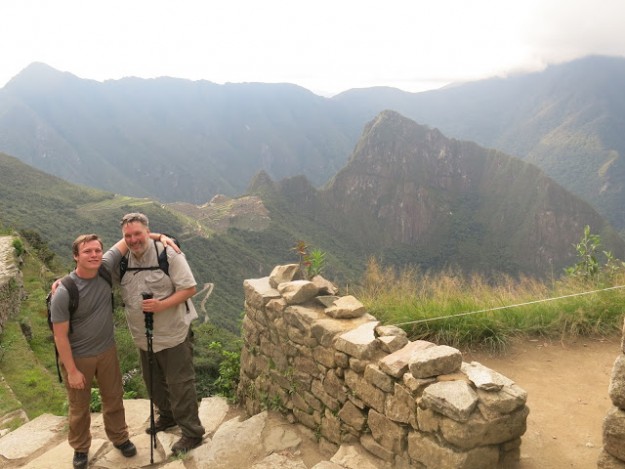 On a weekend before a business trip, Ken Brothers noticed some blood in his urine. He wondered if it was related his recent loss of 40 pounds on a medically-supervised diet and emailed his doctor about it. Blood in the urine is a common symptom of bladder cancer, but its presence is not always associated with cancer. Infections, kidney stones and other conditions can cause bloody urine.

Ken’s doctor said that it was highly unlikely that his diet caused blood in the urine and suggested he see a urologist ASAP. Within a week, his local urologist diagnosed him with bladder cancer. Ken requested the tissue samples be reviewed by Hopkins’ pathologists, who identified it as muscle invasive micropapillary, one of the most aggressive types of bladder cancer.

As the fifth most common cancer in the U.S., bladder cancer affects mostly men older than 75, but Ken was only 49 when he was diagnosed. Bladder cancer in its earliest stages are highly curable, but even the smallest tumors tend to recur often, requiring invasive exams of the bladder every six months. Ken’s cancer had progressed to invade the muscle wall of the bladder. Doctors at four different institutions unanimously advised Ken to have chemotherapy, then surgery to remove the compromised bladder. Despite the chemotherapy, Ken’s cancer spread beyond his bladder. When his bladder was removed, metastatic cancer was found in 12 lymph nodes.

When bladder cancer metastasizes, survival rates plummet. For decades, doctors have struggled to find highly effective treatments for these “Stage IV” patients. Ken had a second type of chemotherapy, but the cancer continued to spread. In early 2015, Ken joined a Hopkins-led clinical trial for an immunotherapy drug. Ken had a complete response, and today has no evidence of disease.

The recent development and approvals of immunotherapy drugs have encouraged patients and doctors alike. “We believe that, in the near term, we’ll make major progress in being able to better manage bladder cancer,” says David McConkey, Ph.D., director of the Johns Hopkins Greenberg Bladder Cancer Institute.

The goal, McConkey says, is to quickly implement projects that integrate science with medicine. For example, the Greenberg Institute plans to sequence the genome of every bladder cancer patient who comes to Johns Hopkins. In a research environment, the costs for genome sequencing are low – approximately $300 per patient – and the costs are covered by the Institute.

Genomic sequencing in bladder cancer can help guide therapies now that recent research has identified genomic features that predict which patients may benefit the most from chemotherapy, immunotherapy and other targeted agents. For example, McConkey says that one subtype of bladder cancer already identified may benefit more from frontline chemotherapy given to patients before surgery to remove the bladder.

Collaborations between the Greenberg Institute and other cancer centers are underway to identify other genetic cues to guiding therapy, including mutations in genes that repair DNA and using blood tests to find bladder cancer-linked DNA that might indicate worsening cancer or whether immunotherapy or other drugs are working.

“We’ve had plenty of successes, but they’re not nearly enough to reduce the extensive monitoring and recurrences that most patients with early disease experience and create long-term regressions in most bladder cancer patients with advanced disease,” says McConkey.

Five years after his diagnosis of advanced bladder cancer, Ken credits his longevity to good advice from his doctors, immunotherapy drugs, his own self-advocacy, and good luck. He continues to write Ken’s Cancer Blog, aimed at inspiring and educating other cancer patients and their caregivers. In our next bladder cancer blog, we’ll hear from Ken with questions and answers about his experiences and advice.