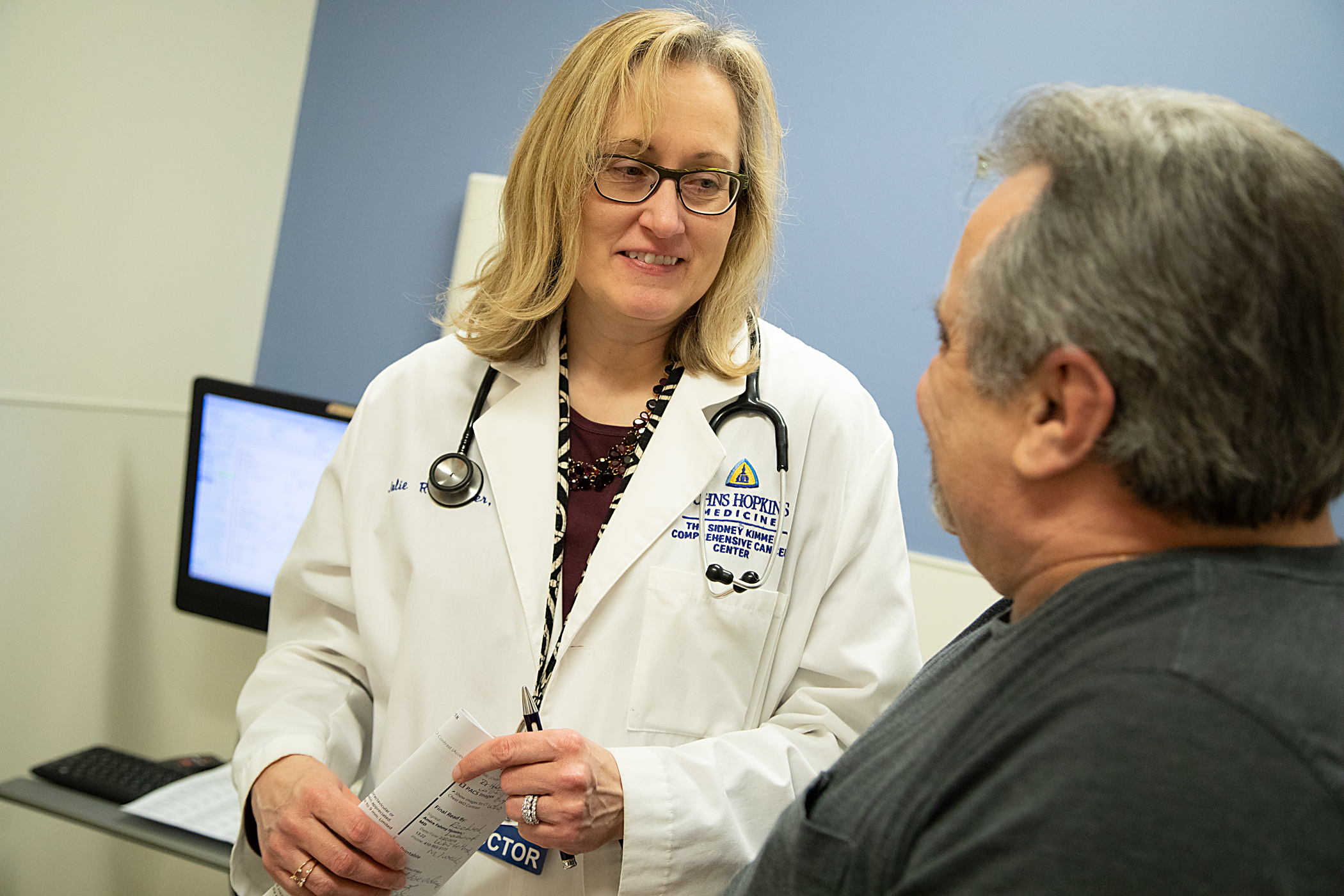 Cancer death rates in the U.S. took the “biggest single-year drop ever,” according to a new report by the American Cancer Society.

Improvements in the screening and treatment of lung cancer, the  2nd most common cancer and leading cancer killer, are a main contributor to this positive trend. Julie Brahmer, M.D., Director of the Kimmel Cancer Center Thoracic Center of Excellence and Director of the Bloomberg~Kimmel Institute for Cancer Immunotherapy Lung Cancer Program, attributes the improved lung cancer survival to screening programs aimed at people at highest risk of developing lung cancer and new immunotherapies and targeted therapies.

The Kimmel Cancer Center participated in a national lung cancer screening study that showed screening those at high risk leads to early detection of lung cancer and improved survival, Brahmer explains. As a leader of a SU2C-LUNGevity Foundation-American Lung Association Lung Cancer Interception Dream Team, Brahmer is collaborating with scientists and clinicians throughout the country who are working in many fields of lung cancer research, from prevention through early detection and treatment, to develop new ways to stop  lung cancer before it progresses to an advanced stage

“There is plenty of opportunity to see these rates decline further,” she says. “We may just be seeing the tip of the iceberg.”

Brahmer says new treatments that have become available over the last couple of years, particularly new immunotherapies and targeted therapies, also played a key role in the decline in lung cancer deaths. She led the landmark clinical trials that helped earn FDA approval for the immunotherapy drugs nivolumab and pembrolizumab in lung cancer. In some patients, these treatments ignite the body’s own natural defenses to attack cancer cells, even advanced cancers that spread from the lung to other parts of the body.

Brahmer says follow-up data on immunotherapy supports their findings. The immunotherapy drug nivolumab (Opdivo) has the longest follow-up to date of these drugs. “Five-year overall survival quadrupled in non-small cell lung cancer, compared with what we would expect from chemotherapy,” she says.

Other therapies, known as targeted treatments because they zero in on  features of the cancer that drive its growth and spread—such as an EFGR gene mutation or the presence of a cancer-promoting ALK fusion gene in the cancer—are also leading to improved survival, says Brahmer

“This is the power of precision medicine,” says Brahmer. “There is no longer one-size-fits-all therapy for cancer. We look at each individual patient’s cancer and determine the treatment that will best attack the unique characteristics of the cancer.”