OSONDU: The Race for Life (Part 4) 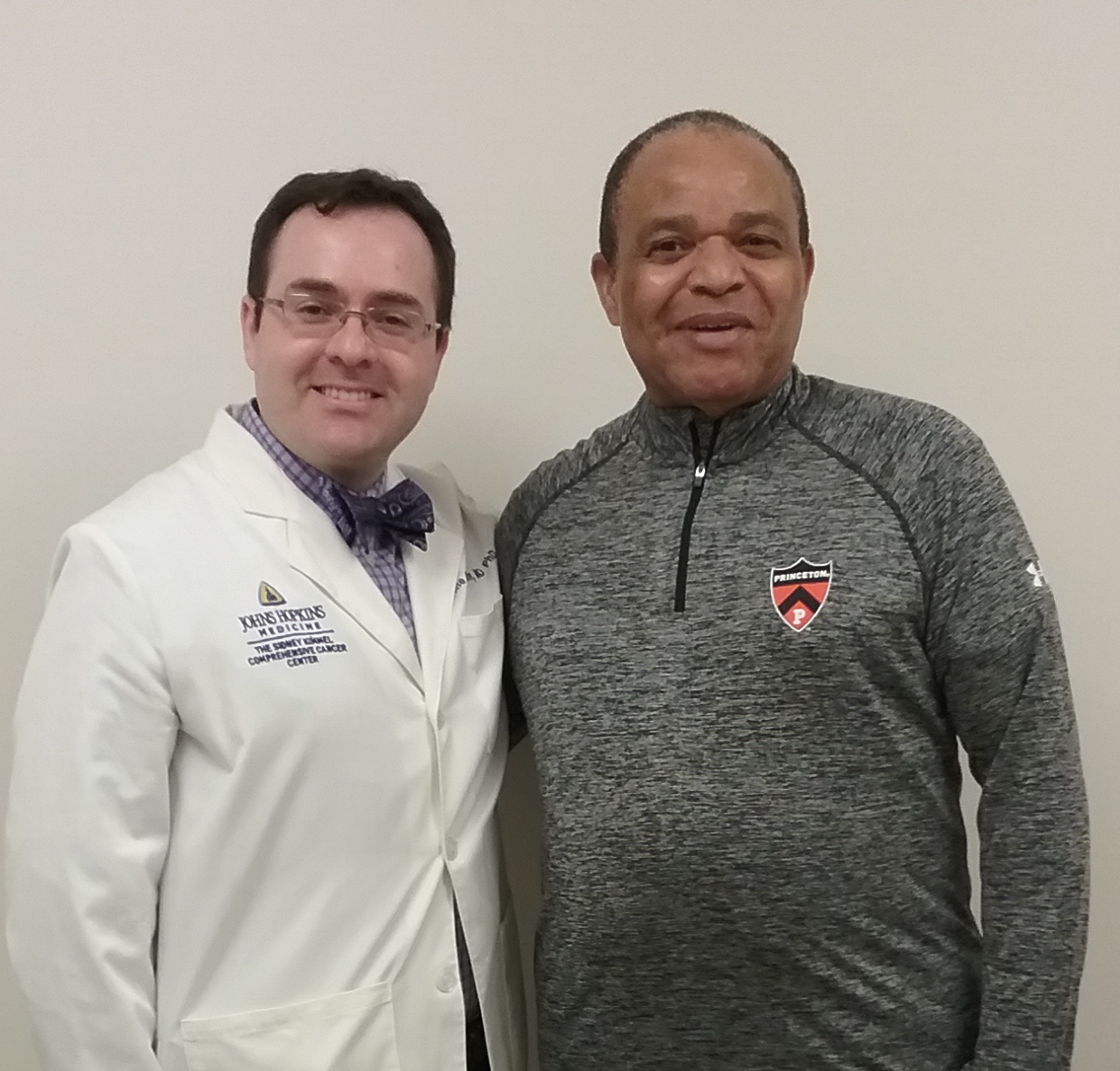 Photo: Me and Dr. Eugene Shenderov

In 2016, there were an estimated 15.5 million cancer survivors in the United States. The number of cancer survivors is expected to increase to 20.3 million by 2026. Also, approximately 38.4% of men and women will be diagnosed with cancer at some point during their lifetimes (based on 2013–2015 data).[1]110

The survivorship number includes everyone who was ever diagnosed, whether or not actively living with cancer. The NIH also reports that:

Estimated national expenditures for cancer care in the United States in 2017 were $147.3 billion. In future years, costs are likely to increase as the population ages and cancer prevalence increases. Costs are also likely to increase as new, and often more expensive, treatments are adopted as standards of care.

Given the prevalence of cancer and that over 38% will get diagnosed at some point in their lives, why is it so difficult to have people prevent cancer and donate to causes?

Well, one way to look at this is that cancer risk is only 38% while death is 100% probability. And it’s difficult to get folks to plan for retirement and death. So, maybe it’s something built into how humans process information and issues.

Part of the problem is that most people can't relate viscerally to cancer as a risk worth avoiding. (If they saw it as a risk worth avoiding, people might be more likely to contribute to cancer causes such as research and support, in the name of self-interest. They might benefit from it). People understand "cancer risk" intellectually but have a better visceral feel for more mundane and immediate issues like hunger and eminent existential threats.

The affliction is painful and debilitating, and often fatal. It's also catastrophically expensive. Over 38% of people will get diagnosed, and the cost of treatment currently exceeds $150bn/yr in the U.S. But all these facts and numbers creep up on you - it doesn't happen to you until it's happened to you. So, the average person runs around blithely unaware and unprepared. Sometimes, there's an element of denial in the community. It's just not something people are ready to think about actively, so it's hard to generate action. (I know I didn't think about mine until I was diagnosed and fractured my spine).

More formally, decades of studies have shown that people tend to discount issues that are distant from them in spacetime and this affects the ability to generate action on cancer.

Unfortunately, like climate change, cancer involves a combination of four factors that make it hard for “healthy” people to get motivated. (I say “healthy” because some cancers result from internal changes built up over time. It might not be as compelling as a mosquito bite but that thing that catches up with you at age 55 could be going on in your “healthy” 45-year old body. Maybe even earlier).

The four factors that impede motivation are (1) temporal discounting, (2) non-linearity of cancer development, (3) psychological distance, and (4) time dependence of risk. [2], [3]

The short term benefit being that we can continue our life pattern without disruption. Spend money as we do, eat and drink what we do, maybe lobby congress and donate to cancer causes when we get older, to stave off the 38% chance of getting cancer. Maybe.

The long-term benefit is that we have a better likelihood of not having cancer (our likelihood goes from 62% to a possibly higher but uncertain number). The long term benefit might also include a better prognosis and possibly better treatment.

Cancer development is typically non-linear. Nothing happens for a long time while you don’t have it. Then it could start slowly and accelerate, so it gets progressively worse progressively faster. You might not have it for 60 years, and be dead in 3 years after you get it. But people tend to project linearly. So, you didn’t have cancer for 25 years of smoking, and you are linearly projecting another 25 years of no illness. Then suddenly the illness seems to sneak up on you in year 30.

Our linear projection has us thinking nothing bad will happen, and certainly not soon. So, we are slow to action and hard to motivate.

People are just not as motivated into action by things they view abstractly. Not like they are with a clear, present, and specific existential threat (a snake in your bedroom).

Not only is the future uncertain, but the risk in the future is also uncertain. (It could be a bull market, but you might be a dot-com company on the way down). So, the perception and valuation of costs are uncertain.

Our challenge in raising support for cancer causes and in trying to prevent cancer is that we are trying to motivate specific actions to mitigate uncertain risk. Especially when the risk has an uncertain profile and will arise in an uncertain environment.

Especially if the mitigation involves contributing their time and money.

How do we change the fundraising profile for cancer causes?

In addition to current efforts, we have to minimize the need for contributors to make decisions or evaluate risk and uncertainty. This would also help disarm the temporal discounting.

Contributions should be as passive as possible while remaining committed.

For example, we could seek long-term commitments of a small amount per month or per year, from

Essentially, the idea is to get passive cashflows and deductions without saddling the contributor with temporal discounting calculations, evaluation of risk or assessment of uncertainty.

[2] It’s arguable that time is the underlying factor, and the last three factors are functions of time.