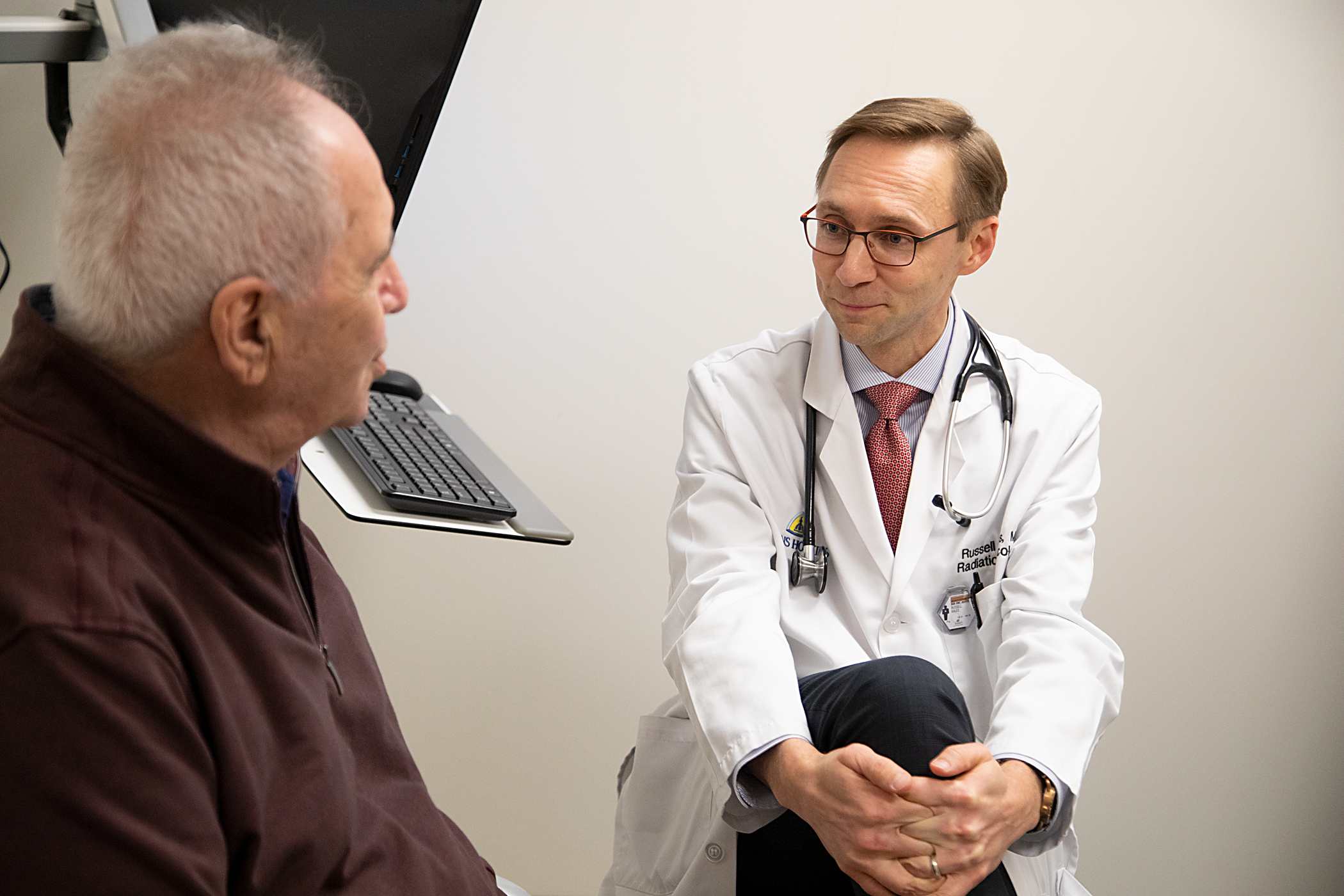 Each year, the American Cancer Society publishes data that gives a review of cancer statistics with foundational data that tells us about new cases in the U.S. and details on incidence and survival statistics state by state, overall and by cancer type.  The latest report, which made headlines for a historic drop in cancer deaths, reflects data collected in 2016 and 2017.

“Year to year we have been seeing lung cancer rates go down, and this report showed a greater decline in lung cancer deaths than ever before,” says Russell Hales, M.D., director of the Thoracic Oncology Multidisciplinary Program. This drop in lung cancer deaths is the predominant driver of the decline in cancer deaths overall. Lung cancer has been pervasive in the U.S., claiming as many lives each year as prostate cancer, breast cancer, colon cancer, and pancreas cancer together. This is the reason, he says, that even small changes in lung cancer statistics have a big impact.

Hales says this there is reason to celebrate this news and what it means, namely that lung cancer patients are living longer and have a better chance of being cured than in the past.

“Screening saves lives because cancers get diagnosed at earlier stages when the opportunity to cure patients is highest,” says Hales. “While the recently released data are unlikely to show improvements from screening, as more patients are screened in the future, we anticipate further improvement in lung cancer survival.

Combining multiple therapies, such as radiation therapy and chemotherapy in certain patients with advanced lung cancer improves survival. And, the data backs it up, showing that lung cancer patients treated in a multidisciplinary clinic like the Kimmel Cancer Center’s, with access to all types of specialty care and treatment, translates into increased survival and significant cost savings.

However, the most significant contributor to the decline in lung cancer deaths, Hales says, is immunotherapy. “It is transforming lung cancer treatment,” he says.

Response rates are wide-ranging—from 10% to 60%--but new predictive markers are guiding treatment by helping doctors identify which patients are most likely to benefit. Research in the Kimmel Cancer Center’s Bloomberg~Kimmel Institute for Cancer Immunotherapy is at the forefront of this progress.

He is very optimistic about the future, pointing to a sentinel paper in the New England Journal of Medicine, documenting the survival benefits for immunotherapy for lung cancer. “As this data disseminates and immunotherapy becomes more common, we can expect to see even better data in the coming years,” says Hales.

“It has become standard of care for certain stage 3 and stage 4 nonsmall lung cancers and some small cell lung cancers, and it is being explored earlier and earlier in treatment,” explains Hales.

A major focus for Hales and his Kimmel Cancer Center Thoracic Oncology Multidisciplinary Program colleagues is to ensure that it’s great news for all patients.

“In Baltimore City, for example, differences in median survival can be as much as 20 years based on the zip code where the patient lives,” he says.  “It’s a hopeful time with exciting outcomes, but there is still more we need to do from a public health perspective to make sure that everyone benefits—regardless of where you are born and raised. At Johns Hopkins, we are committed to this.”