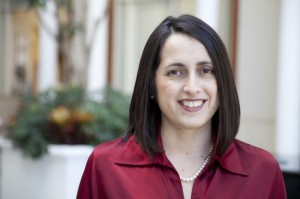 It's been a game-changing year in cancer research.  Doctors and scientists don't typically like to use those words, but here's why I think this is a turning point.  Scientists are churning out the genetic code of cancer cells as quickly as the cost of sequencing technology plummets.   Teams of researchers are looking for ways to add the new armory of cancer cell-targeted drugs with the traditional therapies of surgery, chemotherapy and radiation.  Studies continue on ways to widen the pool of donors for bone marrow transplant patients -- work being led by Johns Hopkins investigators.  New collaborations are being formed between national and international institutions and within our own institutions, between departments such as engineering and mathematics, not ordinarily considered partners in cancer research.

These and many other advances bode well for a future of better prevention, tests, and therapies for cancer.  To get a better understanding of the direction of cancer research, I polled a group of Johns Hopkins cancer center members for their opinions on the top research trends this year.

Researchers identified trends in creating molecular tests based on genetic and epigenetic profiles of patient that define whether a new drug may or may not be effective.  Some pointed to research questioning the value of screening methods for cancer, which made national headlines for its polarizing viewpoints by U.S. and Canadian task forces specifically on mammography screening.   Several studies, including those at Johns Hopkins, continue to validate so-called "active surveillance" programs for prostate cancer, which carefully monitor men who are at low risk for harmful cancers rather than treating them with surgery or radiation.

Finally, this year, six new cancer drugs were approved by the FDA -- all for treatment of advanced or metastatic cancers.  They include treatments for melanoma, Hodgkin's lymphoma, thyroid, prostate and lung cancers.   Melanoma specialist and Seize the Days blogger Evan Lipson, M.D., cited this year's approval of the immune-based drug ipilumumab (Yervoy) as a major milestone in cancer treatment, not just for melanoma, but for cancer treatment in general, he says.  There is likely much more to come from researchers seeking ways to use a patient's own immune system to attack cancer.  Listen to Lipson's podcast below discussing this topic.