The True Age of Cancer is Different Than You Might Think 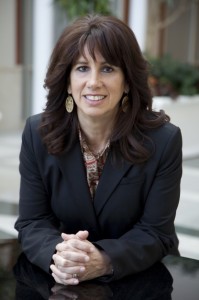 I was listening to the radio as I was driving in my car, and the lyrics in the song struck me.  It went something like this, “Cancer doesn’t discriminate or care if you’re just 38.”  I thought to myself, “Well, yes it does.”  Cancer has always been and remains a disease of aging.  Perhaps the greatest risk factor for cancer, in general, is old age. As I wrote in an article a few years ago, “the real face of cancer has wrinkles.”  According to National Cancer Institute data, the average age at cancer diagnosis is 66.  Less than six percent of cases are diagnosed in people age 35 to 44, and for those younger than 35, cancer rates are lower still.

This song also made me think of a question about ovarian cancer my colleague recently received from a reporter.  The reporter wanted to know if ovarian cancer treatment affected a woman’s ability to have children.  Of course, it does, but what the reporter failed to recognize was that the majority of women diagnosed with ovarian cancer are beyond their childbearing years.

When, I hear or read such things, I worry that there is a misperception that cancer is more common among younger adults than is factually true.  I worry because misperceptions about cancer create fear, and fear causes people to take actions that may not be medically necessary or even beneficial.

Now I recognize that even though the odds are most definitely in favor of those under 66, if you happen to be one of the rare but unfortunate individuals diagnosed at a younger age, these odds do not bring much comfort.   This, however is where personalized cancer medicine  may have its greatest impact.  It has the potential to use science to identify those who need and will benefit from intervention—the six percent, if you will—and, at the same time, identifies who can be left alone. Currently, many cancer experts suspect that the general population is being over screened, and those at the greatest risk for cancer are under screened. Kimmel Cancer Center scientists are working to set a new standard, using their discoveries to develop a model that would appropriately screen those at greatest risk but move away from over screening those who don’t need it.

Similar progress can be made in treatment.  In the latest issue of Promise & Progress I write about a study led by urologist Dr. H. Ballentine Carter that finds no harm in delaying treatment in men over 65 who have low-grade prostate cancer.  Instead, he says, the best option may be a watch and wait approach  in which the patient’s cancer is closely monitored.  More than 200,000 men in the U.S. are diagnosed each year with prostate cancer, and the majority of them have a low risk of dying from their disease if treatment is deferred, Dr. Carter says.  Yet, shockingly, more than 90 percent of these men choose some form of treatment.

It is important to understand that excessive screening and treatment does not save or improve lives.  Every intervention comes with its own set of risks.  Personalized cancer medicine strives to reduce risks and enhance benefits.  As our Kimmel Cancer Center Director says, “it gets the right treatments to the right people at the right time.”