***This blog is the first in a three-part series on bladder cancer.

For too long, bladder cancer has been called the invisible cancer. But a recent convergence of strong philanthropic support and promising research findings are improving awareness and treatment of bladder cancer.

Despite being the fifth most common cancer in the United States and claiming the lives of approximately 16,000 people nationwide annually, bladder cancer is sometimes referred to as the invisible cancer. Compared to some other cancers, bladder cancer doesn’t receive a lot of attention in the media and gets significantly fewer research dollars. In 2013, for instance, the best-funded cancer received over $500 million by the National Cancer Institutes (NCI), the largest funder of cancer research in the United States. In comparison, bladder cancer received just $20.3 million from the NCI. “That is almost last among all cancer types, says Noah Hahn, M.D., medical oncologist and bladder cancer specialist at the Johns Hopkins Kimmel Cancer Center. 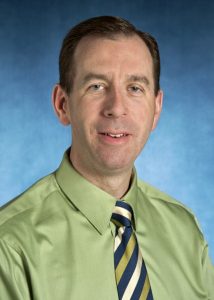 As Hahn points out, bladder cancer is not invisible to the patients battling the disease or to those physicians who care for them. And fortunately, bolstered from a recent generous infusion of philanthropic support, Johns Hopkins physician-scientists are pursuing some exciting research avenues that may increase recognition of the disease and significantly enhance outcomes for those who suffer from it.

“As my career has moved forward, important pieces—both the research and key partnerships—kept coming together. I think that’s why today, we’re a lot more excited about our opportunities to change outcomes in bladder cancer than we ever have been,” Hahn says.

A generous gift of $15 million from Erwin and Stephanie Greenberg in 2015, along with a $30 million co-investment from The Johns Hopkins University, established the Johns Hopkins Greenberg Bladder Cancer Institute. Its focus is on much-needed research dedicated to improve understanding of and treatment options for bladder cancer. The institute draws expertise from multidisciplinary professionals within Johns Hopkins and, eventually, throughout the world.

Another important source of funding for bladder cancer, notes Hahn, is the Bladder Cancer Advocacy Network, a community of advocates, survivors, and medical and research professionals united in support of people affected by bladder cancer.

The network recently awarded a second bladder cancer innovation award and a series of grants over several years to young investigators. “Our hope is that when people see this type of philanthropic support to the Greenberg Bladder Cancer Institute, it will have a ripple effect. I have full confidence that we will also see other gifts made to other bladder cancer focused organizations,” Hahn says.

Much of the emerging cancer drug research involves identifying and targeting specific genetic mutations and pathways responsible for the development and spread of the disease. To date, no such targeted drug agents have been approved to fight bladder cancer. But some exciting recent developments are bringing researchers closer to this reality.

A breakthrough came in 2014, when The Cancer Genome Atlas Research Network created a detailed molecular profile of an aggressive invasive form of bladder cancer. The research uncovered important genes and pathways that are commonly disrupted in bladder cancer. It also enabled researchers to discover that some specific subtypes of bladder cancer exist, much like we have known for years in breast cancer and other cancers.

“It gave us a road map for how we should attack lethal bladder cancer, answering questions such as what are the different subsets of biology, how prevalent are they and what targets are present in enough of these patients to make clinical trials feasible in these molecularly defined bladder cancer subsets,” Hahn says. “I think we’re just at the tip of the iceberg in our understanding. We’ll be overjoyed to see the first trial completed that works. We want to get there yesterday. I think it will happen in next couple of years.”

Immune therapy is yet another promising area of research in the fight against bladder cancer.

Immunotherapy is not an entirely new approach to treating bladder cancer. In fact, in 1990, bladder cancer was among the first types of cancers in which immunotherapy was granted approval for therapeutic use by the Food and Drug Administration. Now, BCG therapy—immunotherapy with a weakened, live bacterium, bacillus Calmette-Guérin—is a routine part of treatment for many patients with early-stage bladder cancer. BCG therapy has reduced the risk of cancer recurrence and decreased the chance of cancer progression, as the majority of patients who receive it go into remission.

Now, Hahn and other researchers are exploring another form of immunotherapy in patients with bladder cancer through the use of checkpoint inhibitors. Anti-PD-1 and anti-PD-L1 drugs are promising checkpoint inhibitors that, in theory, act by taking the brakes off the immune system, allowing it to function normally so that it will eradicate the cancer.

Among patients getting checkpoint inhibitors via clinical trials are those with metastatic disease already treated with chemotherapy. The survival rates of this group are double those for patients with a similar disease profile who are not on the trial. “We’ve never seen that in second-line therapy before,” Hahn says. “It’s too early to say that we’re curing patients. But it is extremely encouraging that responders do seem to be doing well. We’ll feel even better if we’re three to four years out and seeing the same type of results.”

While he is careful not to refer to these checkpoint inhibitors as a potential cure, “they have created a lot of excitement in our patients who have been eagerly in need of innovations for a long time,” says Hahn.