***This blog is the second in a three-part series on bladder cancer. Read part one. 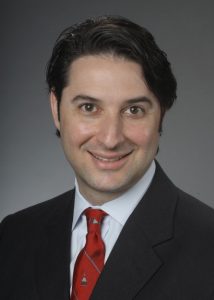 Speakers included thoracic surgeon David Cooke of the UC Davis Medical Center, who has posted live Twitter feeds of patients’ operations and responded via social media to patient concerns about their conditions; urologist David Miller of the University of Michigan, who discussed how cancer care and practice patterns are influenced by evidence-based guidelines; and biostatistician Keith Baggerly of the University of Texas MD Anderson Cancer Center, who discussed the best practices for analyzing large genomic data sets.

Cooke discussed the pros and cons of using social media, and said that patients love to have access to their physicians and their care via social media. Miller described the Michigan Urological Surgery Improvement Collaborative, an effort by a group of Michigan urology practices to evaluate and improve the quality and cost efficiency of prostate cancer treatment and screening. Through the effort, funded by UnitedHealthcare, physicians meet to share outcomes and best practices. Bivalacqua said a similar effort is needed for bladder cancer: “We need to be able to treat bladder cancer, especially nonmuscle invasive bladder cancer, more efficiently with evidence-based guidelines.”

Baggerly discussed the harsh realities of large data sets obtained from profiling various tumors and how less than 10 percent of all data obtained via tumor expression profiling translates to effective cancer treatments.

The panel was designed “to open up people’s eyes to what we know from other fields and learn how we can improve bladder cancer treatment, which will clearly benefit our patients in the future,” Bivalacqua said. “This was very interactive session that included physicians, researchers, patients and patient advocates. There was a lot of discussion about social media as well as genomics, and how many promises are given but not always delivered.”

A summary of the discussion, which was co-led by urologist Wassim Kassouf of McGill University, will be published in the journal Bladder Cancer.

There is no apparent difference in the response rates to the two most common pre-surgical chemotherapy regimens for patients with muscle-invasive bladder cancer, according to a study of nearly 1,000 patients from Johns Hopkins and 18 other centers in the United States, Canada and Europe.

The efficacy of pre-surgical chemotherapy for muscle-invasive bladder cancer was first established using the MVAC regimen—the drugs methotrexate, vinblastine, doxorubicin and cisplatin—with complete response rates as high as 38 percent. However, because of comparable efficacy and better tolerability, a regimen of gemcitabine and cisplatin has become more favored.

Researchers evaluated records from 935 patients with stage T2 bladder cancer—cancer that has grown into the muscle layer of the bladder—to T4a bladder cancer—cancer that has spread to the prostate, uterus or vagina—who received at least three cycles of chemotherapy followed by surgical removal of the bladder between 2000 and 2013. The gemcitabine and cisplatin combo was used in about two-thirds of patients, followed by MVAC in 20 percent of patients and other regimens in 15 percent of patients.

The overall rates of complete and partial response to chemotherapy were 22.7 percent and 40.8 percent, respectively. The rate of complete response for patients receiving gemcitabine and cisplatin was 23.9 percent, compared with 24.5 percent for MVAC.
The work was published in the journal European Urology.

The age and stage of patients with muscle-invasive bladder cancer may be used to predict response rate to pre-surgical chemotherapy, according to a study directed by Bivalacqua and his colleagues in pathology and medical oncology at the Johns Hopkins Kimmel Cancer Center.

“This study suggests that chemotherapy, given inappropriately to patients who don’t respond, has the potential to cause harm,” says senior study author Bivalacqua. Patients with a high risk of not responding to chemotherapy may fare better with surgery alone, he says, but the findings must be validated with more patients and in a multi-institutional study.

Researchers from Queens University in Ontario, Canada, and Montefiore Medical Center in New York contributed to the work, which was published in the journal Urologic Oncology.

Genes expressed by muscle-invasive bladder cancers may be used to help predict response rate to systemic neoadjuvant chemotherapy prior to radical cystectomy, a study directed by Alex Baras, M.D., Ph.D.; George Netto, M.D.; and Trinity Bivalacqua, M.D., Ph.D., in the departments of Pathology and Urology, has found.

For the study, researchers searched for potential biomarkers to predict chemotherapy response. They re-examined data from a previously published study of biopsy materials taken from patients before they received chemotherapy, finding 21 potential biomarkers which represent genes that are differentially expressed in each sample. These 21 targets were then characterized using the Human Protein Atlas, a public database of normal and cancer tissues that have been tested for over 24,000 antibodies, yielding eight targets with enough information for further study. They validated and looked for six of the targets in tissue samples from a group of 37 Johns Hopkins patients with muscle-invasive bladder cancer later treated with neoadjuvant chemotherapy prior to radical cystectomy. Using statistical modeling, they found that GDPD3 and SPRED1 were the best pair of tissue biomarkers to predict response to chemotherapy.

Combining these protein biomarkers and the previously described clinical classification tree (see above article), Bivalacqua and colleagues present a logical approach to the development of a predictive model of resistance to neoadjuvant gemcitabine/cisplatin chemotherapy of muscle-invasive urothelial carcinoma. Further studies are needed to validate the findings, the investigators say.

“These findings are particularly relevant to patients because we can now predict who will have a pathologic response to chemotherapy and, more importantly, predict who will not,” says Bivalacqua. “Then we can better counsel bladder cancer patients about their long term prognosis and need for chemotherapy prior to radical cystectomy.”

Researchers from the Albert Einstein College of Medicine in New York and from Queens University in Ontario, Canada, contributed to the study, which was published in the journal PLoS One.