Side effects of immunotherapy: what to look for and when? 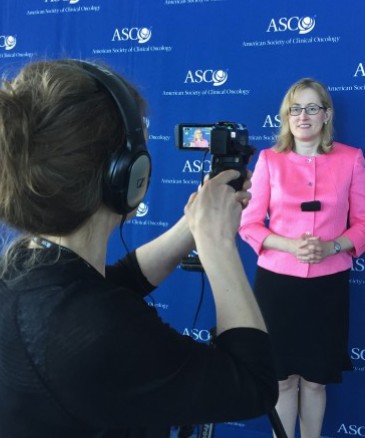 Julie Brahmer, M.D., director of the Thoracic Oncology Program, began treating patients with immunotherapy drugs nearly a decade ago. She led one of the first large studies of the popular drugs, which was reported in 2012. Since then, Brahmer, a program leader in the Bloomberg-Kimmel Institute for Cancer Immunotherapy, has become an expert in identifying and managing side effects that come with taking the drugs. “Patients can experience side effects that include anything that ends in –itis,” says Brahmer. They are typically ones that involve inflammation, such as colitis (inflammation of the colon) and the worst of them, pneumonitis (inflammation of the lungs). These types of side effects aren’t unexpected, says Brahmer, when taking medicines that tinker with the immune system, and inflammation is considered an immune-related biochemical process. Aside from inflammation-related side effects, fatigue often tops the list of the drugs’ side effects, says Brahmer. She says some patients also experience low thyroid hormone levels. A new study of patients receiving immunotherapy at the Kimmel Cancer Center may reveal a connection between the drugs and the development of inflammatory arthritis.

“Patients are concerned about drugs’ side effects,” says Brahmer. “So, we need to educate clinicians and learn to recognize and treat side effects early.” The toxic effects of the drugs can occur anytime during a patient’s regimen, she says, even after patients stop taking the drugs. If side effects occur, they are typically at low grade levels, but some have more severe effects. Treatment includes oral corticosteroids, and, for severe problems, hospitalizations may be necessary.

7 thoughts on “Side effects of immunotherapy: what to look for and when?”