Celebrating the End of Cancer Treatment 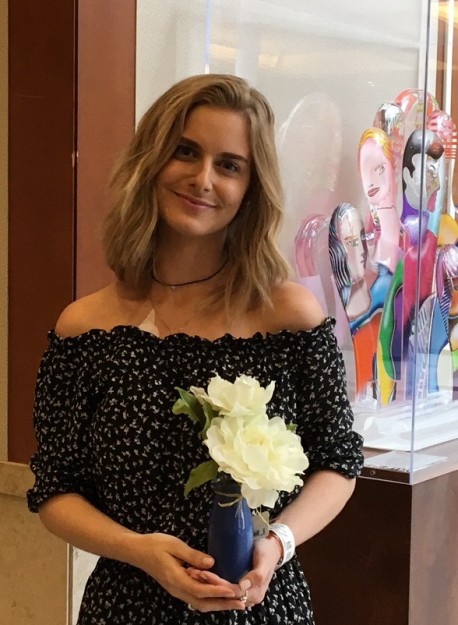 Stefanie Joho, 25, had been given a death sentence. Diagnosed with advanced colon cancer, she traveled to cancer centers around the U.S. in search of a therapy that could buy her time. She found it at the Johns Hopkins Kimmel Cancer Center -- the result of a combination of recent scientific advances in immunotherapy and a genetic discovery from 30 years earlier. Today, she received her last treatment, known as anti-PD-1 therapy, which breaks down barriers to the immune system's ability to recognize cancer cells. Johns Hopkins investigators at the Bloomberg-Kimmel Institute for Cancer Immunotherapy played a leading role in the clinical development of PD-1 blockade/anti-PD-1 therapy and the scientific studies to develop biomarkers for response to the therapy. Hopkins scientists also have led pioneering work in understanding the PD-1 pathway and how the therapy works. There is still plenty of ongoing research on these therapies, particularly on why they don't work for everyone, and much of the research is initiated and led by Johns Hopkins investigators. But Joho, who was days from dying from what would be considered an incurable colon cancer, is now in complete remission.

7 thoughts on “Celebrating the End of Cancer Treatment”