The model patient for cancer as chronic disease

***Note: This is the second of a four-part feature story, written by Elizabeth Huebeck. Read part one on Kristin's story.

Statistics show that the five-year survival rate for people diagnosed with Stage IV colon cancer is just 11 percent. Kristin Franceschi is beating the odds and now considers herself to be living with a chronic disease. As treatment modalities for cancer improve, the terms ‘chronic disease’ and ‘Stage IV cancer’ will, increasingly, become interchangeable. In several ways, Kristin can be considered the model for this evolving paradigm in which people previously diagnosed with terminal cancer now instead consider their disease chronic. 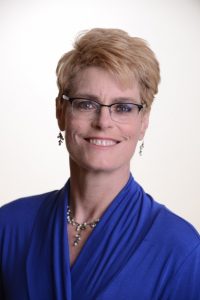 “Most stories people hear are of the person who made it, who was cured. As a patient, it’s very hard to hear these stories. Because not all the stories are home run stories. Mine’s not that way. I was told from day one that my cancer probably was not curable. I was told it would keep coming back. I also was also told that I was young and healthy and to keep myself in shape, because I’m going to have to deal with this stuff forever. There are a huge number of people like me who need to be told they’re not alone,” Kristin revealed.

During a break in her office at the law firm DLA Piper where she is a partner, Kristin shared some of the key strategies that have allowed her to turn her own frightening cancer diagnosis and grim prognosis into a chronic disease that she manages, one day at a time.

Stay tuned for Part 3 on how Kristin "stays the course." Subscribe to this blog.

1 thought on “The model patient for cancer as chronic disease”