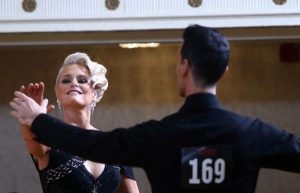 ***Note: This is the final post of a four-part feature story, written by Elizabeth Huebeck. Read part one on Kristin's story, part two on cancer as a chronic disease and part three on Kristin's strategies for staying the course.

Regardless of which treatment path cancer patients take, painful and uncomfortable side effects cannot be avoided. How well therapies are tolerated often depends largely on patients’ overall health before and while battling cancer.

“My pulmonary function is more robust now than before my third lung surgery,” said Kristin. She attributes this improvement to lifting weights after her surgery, a strategy suggested by a member of her healthcare team to ensure optimal strength of her chest wall.

That’s just one way Kristin has made her health a priority during her cancer journey. In addition, she has relied on yoga for rehab after all three of her lung surgeries. She ardently watches her diet. And she has adopted meditative practices, which she says have been incredibly helpful during stressful times, like when she’s waiting on the table to get a scan, sitting in the waiting room, or about to go into surgery.

All these suggestions point to the same mantra that has helped see Kristin through the last five years: “The healthier you are, the better you’re going to be able to survive,” she said.

Kristin says that, right now, she feels great. But she also knows that at any point in the future, she may learn from a CT scan that her cancer has re-emerged. “You just have to take one day at a time. Put one foot in front of the other,” she says. Fitting advice from a ballroom dancer.